Amazon expands with new warehouse in Brisbane, Australia – So, what does this mean for you?

Recently, we heard the news of Amazon opening a new fulfilment warehouse in Brisbane, QLD, their fourth in Australia now after Melbourne, Sydney, and Perth. It’s scheduled to be up and running in time for Christmas this year and will help provide even faster shipping to all of Queensland. Along with the benefits to customers, the facility will provide new job opportunities in the region–about 200 new full time employees will be hired once it opens. For those of us already in the Amazon world, this should send a clear signal as to where we’re at now and where things are headed. 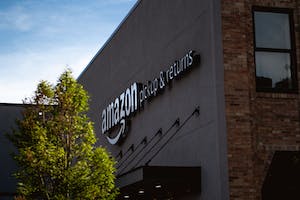 So, what does this mean for you?

Well, if you’re not yet selling products on Amazon, either because you haven’t been sure of how to get started or you’re just now realising the massive opportunity Amazon represents, this should further convince you of just how much Amazon is changing the global retail space. And, they aren’t just growing by selling their own products, of course. They’re also selling millions of products by third-party sellers like our students.

If you already are an Amazon seller, either in Australia or elsewhere in the world, it’s time to recognise this expansion as a further sign of Amazon’s trajectory towards becoming the dominant retailer in more and more markets.

Either way, the world is changing through technology, and Amazon’s platform represents an enormous opportunity for those of us who can bring new products to the marketplace. Yes, there will still be other retailers in Australia for years to come, but more and more Australians are likely to begin shopping through Amazon instead.

Take the company’s growth in Australia over the recent year alone: in 2018 they generated $292 million in sales but in 2019 that figure nearly doubled to $562 million. This, out of a whopping $27 billion spent online by Australians last year. Keep in mind that Amazon only launched in the country at the end of 2017.

Even before the new ‘stay-at-home economy’ forced people to start shopping online, Amazon’s Prime membership program with free 2-day shipping for millions of items, as well as $9.99 same-day delivery (for Prime members), was making Amazon an incredibly convenient way to shop. It’s so convenient that in the U.S. Amazon now accounts for half of all online retail sales. It’s also estimated that 60% of U.S. households now have Prime memberships.

So how does this affect your own strategy?

Are you playing the long game and doing prior proper planning? Will you be putting in the effort now so that in ten years you can be one of the ‘lucky ones who got in early’? Amazon is changing the world by revolutionising how we all shop. Those who act today stand to reap the rewards of tomorrow.

More from the blog

How a famous website earns millions by brokering information

A Software Business That Doesn’t Require Coding Skills Or Much (Or Any) Money To Launch.