That’s the record-setting level of market capitalization that investors are speculating Amazon could reach within the next few years. Earlier this year, Amazon joined the club of other $1+ trillion clubs including Apple, Microsoft, and Alphabet (Google). To say that Amazon is a beast of a company is not an understatement. This growth is why we’ve been shouting to all who would listen about the massive opportunity Amazon represents, both now and into the future.

For those who aren’t investment savvy, market cap is calculated as a company’s stock price multiplied by the number of shares in the investor marketplace. Amazon’s share price is currently around $3,000 USD at the time of writing. This also places it as one of the most expensive stocks in the US markets.

Here’s the thing, Amazon was already on track to keep growing at a steady clip as the world continually shifted to the convenience and affordability of online shopping. But, with Covid-19 and stay at home orders around the world, this transformation has hastened dramatically. During lockdown and in this climate of uncertainty, people have largely shifted to buying goods online and have chosen to do so from trusted retailers. The company getting the lion’s share of this surge in demand? Amazon.

People are spending in droves… Online.

Online retail spending is up 92% over the same period last year. A recent report by Mastercard’s SpendingPulse, which looks at all online retail transactions, shows American’s spent $52 billion this recent April and May alone. That’s equivalent to 12 Cyber Mondays combined.

And, it looks as if the further move to online shopping won’t just be a temporary fix.

One might suspect that once the lockdowns are lifted, people will return to shopping at brick and mortar stores as usual, but this doesn’t seem likely. A survey out of the UK found that fewer than 2 in 10 consumers intend on returning to their previous shopping habits post-pandemic.

Add the ongoing situation in places like the US where, unfortunately, many small stores simply may not reopen. This, on top of a wider transformation already taking place: the New York Times just released an article discussing how many U.S. shopping malls are losing their anchor department store tenants. Up to 25% of U.S. shopping malls are predicted to close in the next 5 years. This is a direct result of the shift to e-commerce.

How is Amazon’s $3 trillion valuation estimated?

In an article by investment website, The Motley Fool, Amazon’s cash flow growth, their level of reinvestment, and recent market history were considered. Amazon operates with a very low operating margin due to continual expansions into new markets and growing other services, such as AWS (Amazon Web Services). The latter is their cloud technology division, which makes up a growing portion of their revenue. 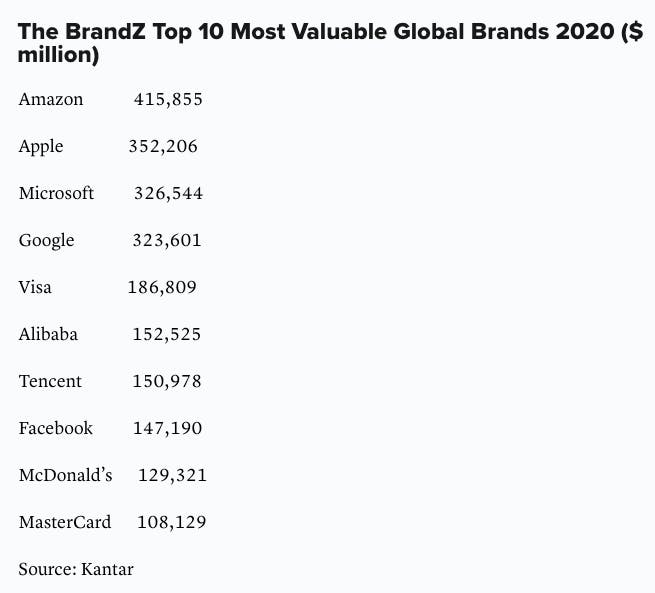 Wall Street estimates put Amazon’s cash flow over the coming few years growing by an incredible amount. Taking data over the last 10 years, their average valuation is historically 30 times their cash flow. These factors combined could result in a share price of $6,000 by as early as 2023, and the resulting $3 trillion market cap.

Due to Covid-19, the lockdown orders around the world, social distancing, and the gears of change that were already in motion, the juggernaut Amazon represents a massive opportunity to those looking to take advantage of the platform – not only now, but also far into the future. That opportunity isn’t centered strictly within the U.S. either, as recent numbers suggest Amazon now has 150-200 million Prime members globally.

Take a look at Amazon’s recent expansion in Australia: (read our article here)

There’s a reason why over 11,000 students in 45 countries have taken our Amazon training. These students have now collectively achieved over $1 billion USD in sales, all without any prior experience with Amazon. Our training is giving people of all walks of life the opportunity to replace their 9-5 jobs with a business that can allow them the freedom they desire.

We’ve never seen a period of growth like we’re seeing in online retail right now, and the dominant player, Amazon, is looking to continue taking the lion’s share.

More from the blog

How a famous website earns millions by brokering information

A Software Business That Doesn’t Require Coding Skills Or Much (Or Any) Money To Launch.